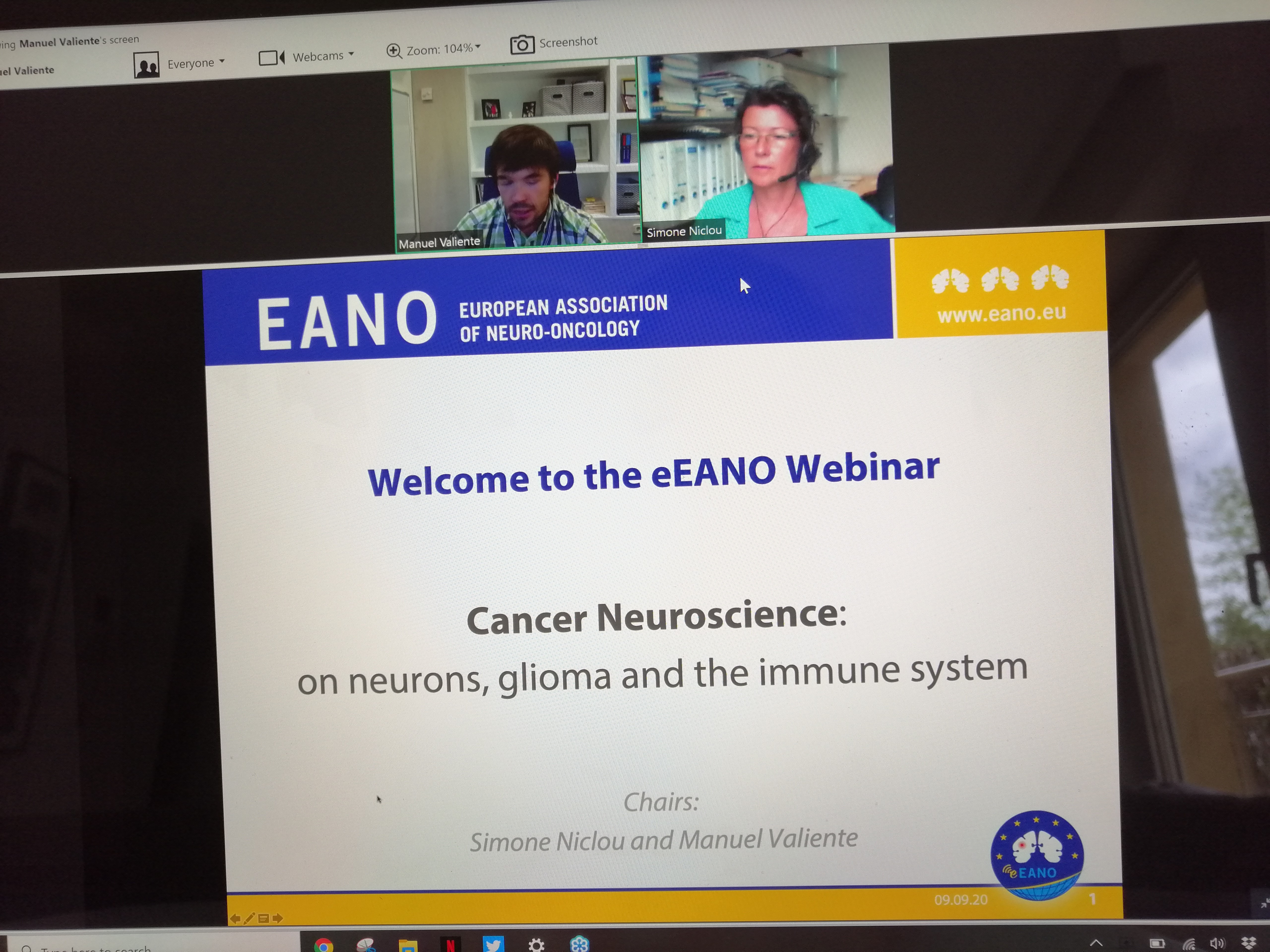 Together with Dr Manuel Valiente, Simone co-chaired the eEANO webinar on 'Cancer Neuroscience: on neurons, glioma and immune system'.

Simone was also part of the ESMO Scientific Advisory Board of the Central Nervous System (CNS) tumor session that was held on September 20th, and acted as its co-chair. She was an invited discussant, having been invited to critically review, discuss and contextualise the previously presented abstracts:  “Telomerase reverse transcriptase (TERT) promoter mutation and O6-methylguanine DNA methyltransferase (MGMT) promoter methylation-mediated sensitivity to temozolomide in IDH-wildtype glioblastoma: is there a link?” and “Defining the prognostic role of MGMT methylation value by pyrosequencing assay in glioblastoma patients: A large Italian multicenter study”.